For anyone who has ever spent much time in the field, you have likely heard the vocalizations of deer, whether you knew it at the time or not. It is well documented that a deer’s sense of smell is one of its primary defenses, and most folks know that a deer’s hearing is almost as good as its sense of smell. What a lot of people do not know, is that deer actually have a vocabulary, if you will, that allows for communication between members of the herd as well as a doe and her fawn.

The vocalizations can be broken into four main categories: Social calls (grunts, bleats), mating/rutting calls (roar, snort/wheeze), maternal calls (bleats) and alarm calls. There are many other more specific types of vocalizations, but for purposes of this deer call guide, these are the main categories to be explored.

What is a grunt call?

A grunt call is a call that is designed to imitate the buck or doe grunt, a vocalization used routinely in the deer population. The grunt can be a low grunt by either a buck or doe that signals a first level of aggression to other deer. It can also be used in pre rutting and rutting situations by a dominant buck to show lesser bucks who is the boss. This can often times lead to a confrontation between two dominant bucks. Typically, the older and more mature the buck is, the lower and more guttural the grunt. A grunt can also be used as a location tool to help deer find one another, hence the grunt call’s effectiveness.

What is the best grunt call?

The Primos Hardwood Grunter Call is made from select hardwood to allow for extra volume as well as deeper grunts. Primos has been in the hunting business for a long time, so it is no surprise that they have produced a real winner with this call. The call really works best for grunting, but there are settings for doe bleats as well. You have to do a small amount of work to move between settings, but given the excellent price point of this call, you might just use this one for grunting and get a second call for bleats. Because this is a fairly loud call, you will not have to push as hard to get the volume you are looking for. 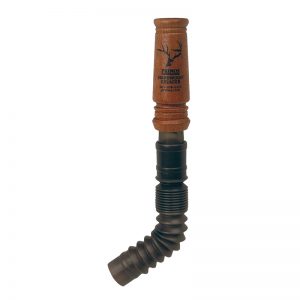 What should you look for (or avoid) in a grunt call?

When selecting a grunt call, volume is a major factor. You can always blow less air for a quieter grunt, but you cannot blow harder than your lungs will allow you to! Having a grunt call that is adjustable for higher and lower pitched grunts is also critical as this will allow greater range of vocalizations during your hunt. Also, having a grunt call that is well made (not just out of plastic) will help the longevity of your call. This is an item that is going to be banged around a bit and likely dropped more than once.

What is a roar call?

A roar call is the most aggressive form of deer vocalization. It is typically used by a buck during the rut to signal total aggression towards other breeding males. It can also be a sign of frustration to try to stop a doe in estrus who is ignoring the buck’s advances. This is a call that can be quite effective, but really only during the last of the pre rut and the rut itself.

What is the best roar call?

The Primos Buck Roar Call is one of the best choices you can make when looking at a roar/challenge call. It is very reasonably priced and allows for tuning to match a variety of needs. It does a great job of making a roar, but also has an excellent challenge-wheeze mounted to the top of the call. The call comes with a wrist strap to keep it in a convenient location. This is a very popular call among our staff as well as among many of our readers. 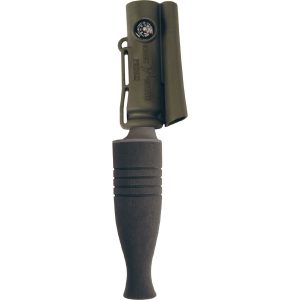 What should you look for (or avoid) in a roar call?

When looking to purchase a good roar call, you want to make sure there is plenty of volume. This is a call that is meant to be loud and challenging, and one you want to travel a long distance. Ensuring a good quality tone of the roar is critical, so look for a call that focuses on the roar as its primary function.

What is a snort-wheeze call?

The snort-wheeze is an aggressive call made by a buck, usually just before physically engaging his opponent. It is similar to an alert snort, but has the wheeze on the end. This is a call that will typically be used in conjunction with rattling antlers.

What is the best snort-wheeze call?

The Flextone Bone Collector Buck Collector deer call is a call with an excellent snort-wheeze challenge call. This snort-wheeze is really loud and can do a great job of bringing a reckless and agitated buck within shooting range. The Flextone produces a very loud snort-wheeze that is almost pitch perfect. The call also produces other vocalizations of deer quite well, but really stood out for the snort-wheeze. 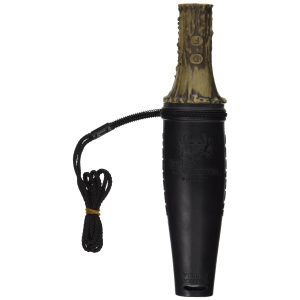 What should you look for (or avoid) in a snort-wheeze call?

Like the roar call, the snort-wheeze call is one that will benefit from good volume as this is another very aggressive call. This is a call that is going to be used to lure bucks from long distances, so having a call that produces enough sound without getting the user out of wind is critical. If you are winded after using a call, your shot is likely going to suffer.

What is a bleat call?

A bleat is a form of vocalization that deer do to signal any number of things. A doe bleat can basically be interpreted as saying “I’m here!” while a fawn bleat can mean that the fawn is needing attention, be it food or otherwise. Bleat calls can be used almost any time of the year and are a very effective tool for luring wary deer in close.

What is the best bleat call?

The Primos “Original CAN” Deer Call would be a hard one to beat in this category. It is designed for super easy use and is likely one of the best selling deer calls out there, period. It has raised grips for easier gripping and is a call that virtually anyone can master quickly. It is important to note, that we have seen a few instances where, when put in one’s pack, if the hole is not covered, a bleat can come out if the can is inverted or jarred. Just sharing to you aren’t looking around in the field only to find out the sound came from your own pack! 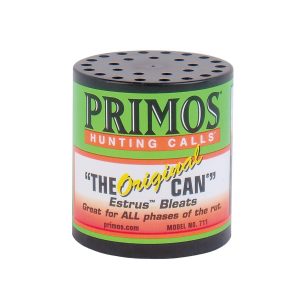 What should you look for (or avoid) in a bleat call?

The most important aspect of a good bleat call is to ensure the calls are reproducible. Each deer out there has a specific “voice”, so if you are trying to lure a buck or doe in, you will want to be able to produce the same sound to ensure they are fooled into thinking it is a single animal they are communicating with.

What are rattling antlers?

What is the best overall traditional rattling antler?

The Black Rack Deer Rattling Antlers take the traditional rattling antler to the next level. With the inclusion of Bone Core technology, these antlers are designed to give the most realistic sounds possible of two bucks fighting, but without the risk of smashed fingers that can occur when using shed antlers. These antlers also come with a DVD to help the novice rattler learn how to bring in the deer. 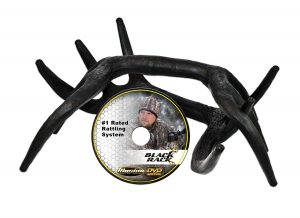 What is the best overall pack-style rattling antler?

The Knight & Hale Pack Rack Deer Call is a very compact, easy to use rattling system that simulates the sounds of two bucks fighting. The rattle is made up of two pieces that lock together for travel, then unlock when ready to use. They are connected by a nylon strap to keep you from dropping them if in a tree stand. They work by pressing the two pieces together and turning against each other, creating a series of sounds like deer in combat. 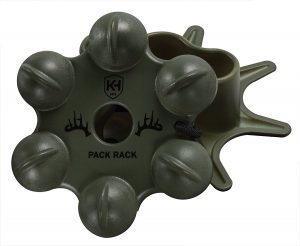 What should you look for in rattling antlers?

The most important aspect of rattling antlers is realism of the sounds made when two angry bucks are going at each other for all they are worth. Many rattling antlers on the market today do a decent job of recreating the sounds, but you should also examine ease of use and portability. Unless you are really going to practice, a rattle that is easy to use is going to be the one that helps you achieve success. Portability is important in that many rattling antlers are large and bulky, so you need to be mindful of how you are going to get them to your hunting spot.

What is an electronic deer call?

An electronic deer call is a call that is battery operated and can produce a large number of vocalizations that deer make. Electronic calls are typically very accurate in their sounds and are as simple as pressing a button. They can often be operated by remote control so you can place the call away from you. They are typically much more expensive than manual calls and some hunters actually prefer manual calls given they can add their own personal slight variations to each call.

What is the best overall electronic deer call?

The Primos Hunting Speak Easy Electronic Deer Calling System is a great option if you want the ease of recorded sounds. It utilizes six professionally recorded sounds, including the grunt, challenge wheeze, roar, sparring, doe bleat and estrus bleat. The unit has a remote control that can be used from up to 50 yards away, and the speaker has rubber straps that will allow you attach it to branches, a tree stand or other suitable mounting point. 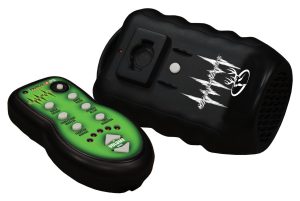 What should you look for in an electronic deer call?

Electronic deer calls are designed to allow a first time user to go out and simply press a button to create a sound that mimics the vocalization of deer. The more sounds that are available, the more latitude a hunter will have to bring in deer. Since typically the sounds cannot be changed, the greater the selection of pre-recorded calls, the better.

When should you use each type of call?

Each type of call discussed has a best time during hunting season for use . Typically, contact calls such as grunts and bleats will work for much of deer season, but can tend to fall off in effectiveness as the season goes into the post rut when things tend to quiet down. The roar and snort-wheeze calls are most effective when the deer are getting really aggressive, so using these in the pre rut and early rut will yield the best results. Likewise, rattling will be far more productive when the animals are the most aggressive, so this will be during late pre rut and early rut when most bucks out there are looking for a fight. Knowing what sound a deer expects to hear and being able to recreate that sound in the field can really have a positive effect to your freezer stocking program!

Best Hunting Knife For The Money

Duck Hunting Waders Guide: How To Choose The Best?